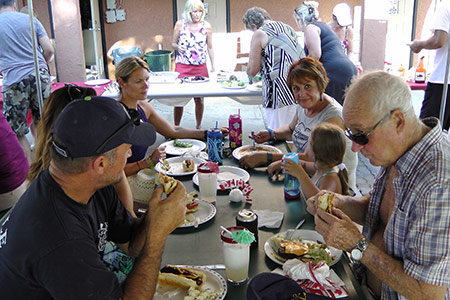 Happy DinersVolunteers prepared various salads and dishes while two (2) brave cooks (Paul and Jason) barbequed the hamburgers, bratwurst smokies and hot dogs as the thermometer read 42˚C at the BBQ hut!  75 to 80 people attended with many partaking in “seconds” of the tasty food.  Cool, crisp, watermelon slices followed as a refreshing dessert. 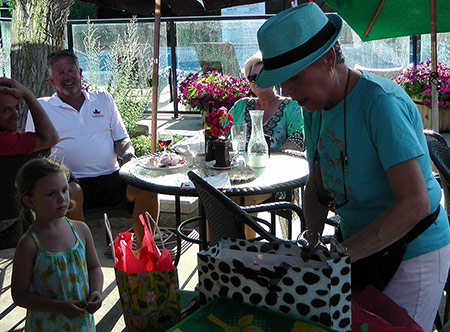 Cecile
Cecile and her little helpers then drew tickets for door prizes and a jelly bean counting contest grand prize. 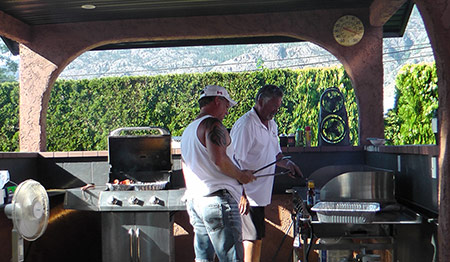 Jason & PaulThanks to all who volunteered and participated in this enjoyable event. 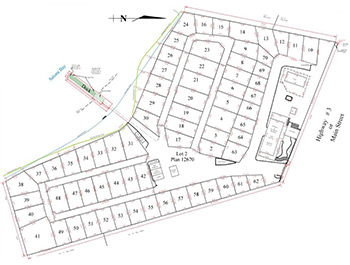